Members of the RMA, who are residents of Greenwich, play golf at the Griffith Harris Golf Course on a weekly basis. In the summer, play alternates between early morning tee off times one month followed by a late morning start the next month.

Members sign up at the weekly regular RMA meetings and foursomes are formed for both nine and eighteen hole players for the following Tuesday’s play.

While the spirit of the game is informal, and no handicaps are kept, the golf host for the Tuesday outing reports to the general meeting of members the next day. Usually the individual with the longest drive and those closest to the pin on two holes are recognized for their achievements.

The Griffith Harris Golf Course charges all RMA members the senior rate, a “good deal,” making it easy on the pocket book even with a cart. Of course, since the course is Town of Greenwich owned, all players must sign up with the Griff each spring and pay the annual
Town’s golfing fee which amounts to approximately $100.

All levels of players turn out to participate. Some of our better players score in the high eighties while others, less talented in the game, can score up to 120.

An annual luncheon ends the season in October. Play usually begins in April or May and runs steadily throughout the summer. Occasionally, RMA golfers go to other courses as a group. For example, in August of 2013, 12 RMA players teamed up with 12 retired men’s group players from Stamford for a “get to know you” match at Sterling Farms Golf Course in Stamford. 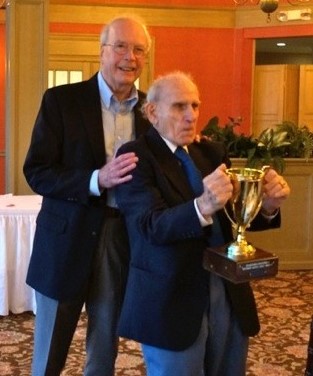 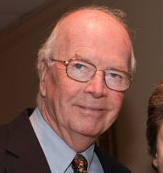